Here are the health care laws that you need to know:

If you think any of these changes may effect you, or if you have questions regarding them then please contact our office at (904)928-1040.

Catch Nick every Friday from 8-9am on 91.7FM The Promise! 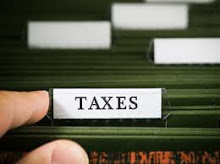 NTS
Founding Partner and CEO of Simonic, Simonic, Ratnecht & Assoc. He started his career in public accounting. A financial counselor, author and speaker, and ordained minister, Nick is experienced in all phases of accounting, mananagement and financial consulting. His personal commitment is helping people secure thier financial freedom by living debt free.